The Von Dutch brand takes up back to the American Kustom Kulture of the 50's. Are you a fan of rumbling engines and painted bodywork ? Then you will love the wide range of vintage Von Dutch caps inspired by the Californian aesthetics. Discover on Headict the embroidered patches and faded colours that made the brand famous.
Read more 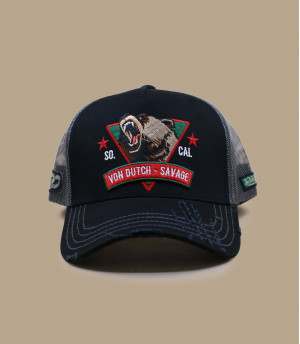 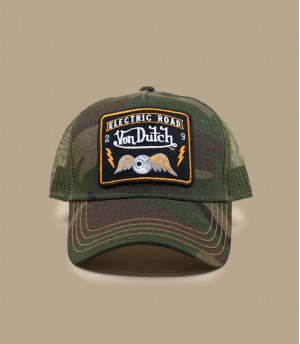 Follow the steps of the artist Kenneth Howard, known as "Von Dutch" and discover a world made of denim, mechanics, motor oil and limitless creativity. Von Dutch, regarded as a genius by car lovers, dedicated his life to his art and embellished motorcycles, cars and knifes blades during several decades. Kenneth Howard died from excessive alcohol consumption in his old converted bus.

Von Dutch is inspired by the Californian counter-culture

The Von Dutch inspiration comes from the Californian counter-culture. The brand uses fabrics like denim and combines multiples colours, in order to create trendy and unique accessories. The vintage touch is brought by the worn effect visors or the copper-plated back buckles. Are you looking forward to completing an outfit made with rough jeans and a fitted t-shirt ? Then choose a Von Dutch cap ! A wide range of Von Dutch products is available on Headict. Shop right now the hat that suits your style!