Panama hat for men and women: Panama hats for sale

Originally from Ecuador, very popular in the 1900s, the Panama hat has seen a revival in recent years. This particular hat is the fruit of the craftsmen's expertise and of a unique material: the Carludovica Palmata palm-leaf. We like its simplicity and robustness. The Panama hat is for both women or men. Discover our selection of panama hats for all heads and all tastes. And if you want to know more about this mythical hat, discover its history just after our collection!
Read more 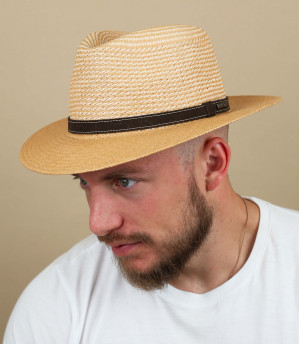 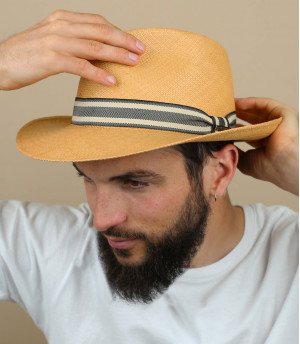 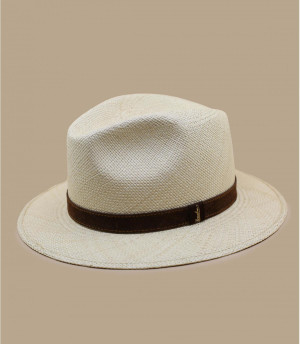 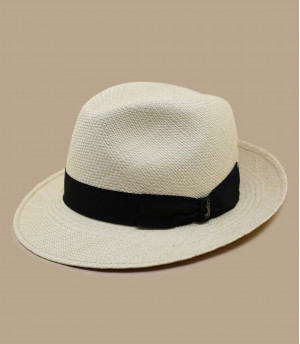 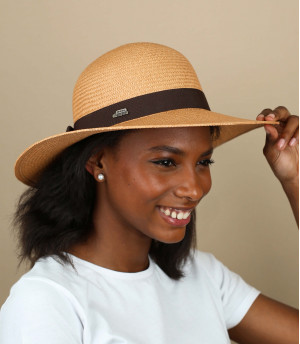 The Panama hat: a mythical hat from Ecuador!

The Panama hat that you will find on Headict comes from Ecuador! As its name does not indicate, the Panama hat comes exclusively (controlled designation of origin) from Ecuador. The workers of the Panama Canal, who discovered the extraordinary qualities of these hats in 1881, popularized them in Europe and the United States of America, calling them " Panama hats ". As we said before, the Panama hat has not been created in Panama. It's name still irritates the Ecuadorians who still call it by its original name " Sombrero fino de paja toquilla ".

Panama is the name of a material

Contrary to popular belief, Panama is not a hat shape, but a material and a weave of young palm shoots (carludivia palmita) from Ecuador. It can thus be used to make all the traditional forms of classic hat made for men and women: borsalino, planter, cloche, capeline, colonial. Even though it remains mainly known in the form of men's hats, commonly known as "panama" hats.

The Panama hat is woven by hand

The weaving of all Panama hats is done entirely by hand in Ecuador. The fibres of the dried palm leaves are entered directly by the weavers with their nails and woven immediately. Each hat dome is woven by a single person. Of course there are different weaving qualities and therefore different qualities of panama material. At Headict, you will find only the best and the finest Panama hats. Get yours now!

There are a multitude of qualities of Panama (the material, not the hat). The 3 best known qualities are the Panama Cuenca (woven in Cuenca, i.e. sitting), the Breisa (a different weaving stitch) and the Montecristi Panama (woven in Montecristi, i.e. standing, leaning over one's work). Montecristi Panama Hats are known to be the finest, lightest, tightest weave and most regular stitch. It is even said that the Montecristi is woven so fine that it is waterproof! It is also the most expensive Panama hat, from 250 to 800.

How to recognize a real Panama hat?

To recognize a real Panama hat you just have to look at the top of the hat. If there is a rosette, then it is a real Panama hat. As all Panama hats are hand-woven they have a rosette which corresponds to the beginning of the weaving. (Imitations do not have this rosette). One more tip, as the imitations are mostly made of cellulose fibers, they do not smell like straw.

Read our tips on how to clean your Panama hat in our magazine.

The Panama hat is foldable

Some Panama weaves are so fine, with such exceptional straw fineness that they can even be folded completely and stored in a tube for transport, for example. This is a very high-end product, whose weaving can take between 6 and 10 months and whose price often exceeds 400. A product for the initiated amateur. So do not attempt to fold your panama at any cost, you could damage it.

Who wears a Panama hat?

The Panama hat has been making a comeback in recent summers as a trendy hat that is very much in vogue. Easy to wear and to coordinate due to its sobriety, the Panama hat will accompany you all summer long and will protect you from the sun at the beach, as well as in the city.

Find at Headict the perfect Panama hat for you